In the past two days I spoke with two dear friends of mine. Then, tonight I realized that I know and just spoke to a rocket scientist and a nuclear bomb engineer.

I fascinate myself in all the exciting things I’ve done while feeling no different from anyone else. I looked the grim reaper in the eye a dozen times and am still here to tell about it. I flew a 1960 Mini Cooper. I had Ridley Scott personally read my screenplay while I sat in his studio bungalow. I built a flying car, flew radar and photo recon missions up and down the Ho Chi Mhin trail and jumped out of a perfectly good airplane over 60 times and once in a situation I still don’t think I should talk about. Fun times, fun times.

So, if I’m claiming the title of the most interesting man in Vancouver, I have to back it up. I can document most of my claims with photos and more. the rest becomes obvious through logical conclusion of facts.

I was nearly kidnapped by a Bedouin camel train in Iran.

Why me? I’m writing this just to see if there is someone out there who can match or top my experiences and can back up the claims. I stand behind my claims.

Actually, Beuler comes close, except that it’s a fictional movie.

I flew a Mini Cooper. Let me know if you want to know how, or details about the separate flying car that I built, all true.

If you are still reading this, you have too much free time, but I appreciate your interest. The followup will expend your mind and mine. Go to vonprum.amazon.com to see my autobiography and my other eBooks.

As General Patton said on the African front during WWII, “Many tanks.” 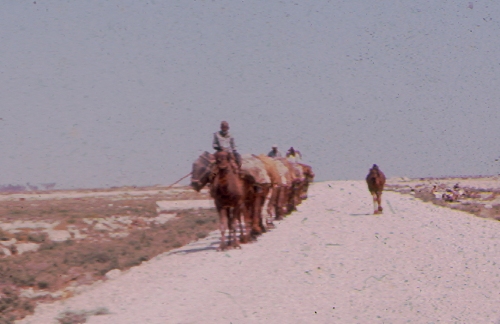 This photo was taken in Iran’s Dasht de Lut, the desert of nothing.